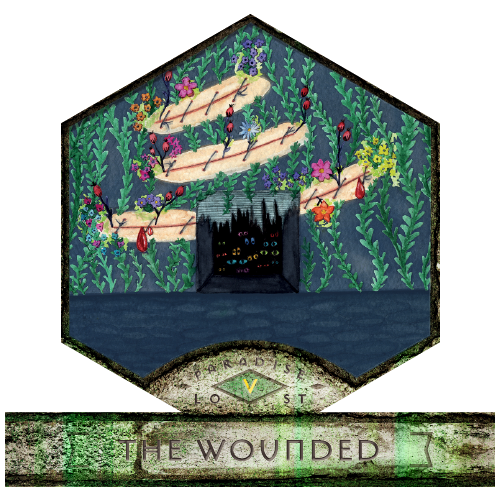 It had retreated deeply into its cave. Real estate sharks had cut open its body and left a huge mark on its face. The neighbour, Philipp, had managed to stitch it together with 5 staples. The two of them had always helped each other out. If he needed paper, it would gladly lend him some, in return he would bring over coffee and cake every once in a while. The attack by the real estate sharks came out of nowhere though. They wanted to get rid of it, and all the tiny old creatures and treasures that lived inside. It hadn’t aged well. It looked dilapidated and out of date. It couldn’t compare to the shiny new glass façades, or the tall skyscrapers that were all the rage right now. So some real estate sharks came round one day, to try and fix “the problem”, as they put it. It didn’t want to be a problem. It didn’t feel like a problem. They kept repeating that “it has to go” and “think of the resale value”. It didn’t even know what a resale value was. It thought it was pretty like it was and it didn’t want to change. That’s when it felt something creep in. It was like a rumble in your tummy. It came slowly and then more frequently. It started softly but then increased in ferocity. It started to fight back!

That’s when Georgina found it. It had retreated so far into its cave, that G could only make out some tiny red eyes. The wound was still bleeding and the Grant was everywhere. When G stepped closer to take a look, she was immediately attacked by, what sounded like a growling, wounded beast. And the best way to calm such a beast, Georgina knew, was with a bit of chocolate. Luckily she always carried an emergency bar with her. She took it out, broke off a piece and slowly approached the wounded giant. “Remember me, big boy?”, she said. At first the beast answered with a screech that sounded like rusty chains being dragged over old metal. It was a short and high pitched shriek. But that didn’t deter G. She slowly moved forward, her left hand held out with the piece of chocolate on her palm. All the grumpiness couldn’t cover up the familiar and soothing smell of this sweet milky something. The wounded beast huffed and puffed a couple of times but soon it calmed down. It sniffed and slowly G threw the piece of chocolate into the darkness of the cave. Immediately she saw it worked. The thick smog of grumpiness started to lift. Quickly she threw the whole bar of chocolate in and puff!, just like that, the beast was calmed and the grumpiness was gone.