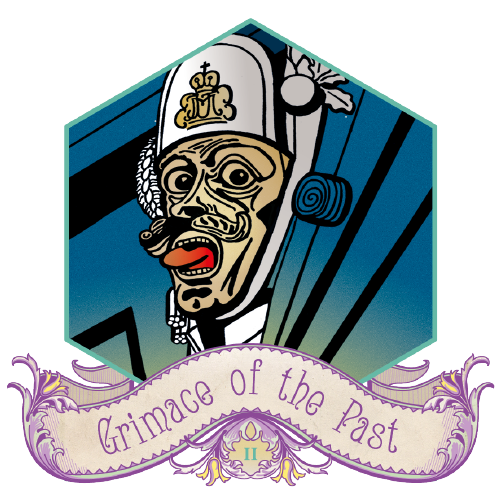 He was one of 48. A Chevauxleger, the light cavalry. Actually there were two of him, he had an identical twin. They had forgotten, who was the original, and who the replica. Others even had two replicas, so he thought himself lucky. Being two of a kind, was better, than being three of a kind. Of course not as good, as being one of a kind, but he could live with a twin. Forty-eight. 48 soldiers. 23 faces. One of them dead, some wounded. The great conquerors of the great monarchy. They represented the prowess and diversity of uniforms of the Emperor’s armed forces. The so-called key-stone heads on the War Ministry’s façade. They had been created by Wilhelm Hejda in 1911-1912 and showed the “most glorious period of the Imperial Army”. But when the great war ended, and the troops returned home, things had changed. There was no greatness left, only suffering. The new socialist republic did not care for the greatness of the empire, nor its army. The monarchists were titled criminals and murderers and their soldiers shunned by society. Democracy was the new way to live together. The monarchy was dead. Slowly he, and his twin had noticed the change. A violet-grey fog, much like the one in the trenches on the battlefield, had descended onto the former Ministry of War. It encapsulated all 48 of their comrades and soon the monsters inside showed their grimaces. They sent out their innermost grumpiness into the city and soon Vienna’s inhabitants started to bicker and become irritated by the world around them.

But above them, the double-headed Beast had spied a tiny person in the street. Soon they noticed the change in the air too. Much like a spring breeze, or a warm summer rain, clearing the air of all its dust and dirt until you could breathe again. Everything was clear. And peaceful. And quiet. The grumpiness and the war were forgotten. They could finally rest in peace. Just, because a tiny person had noticed them.