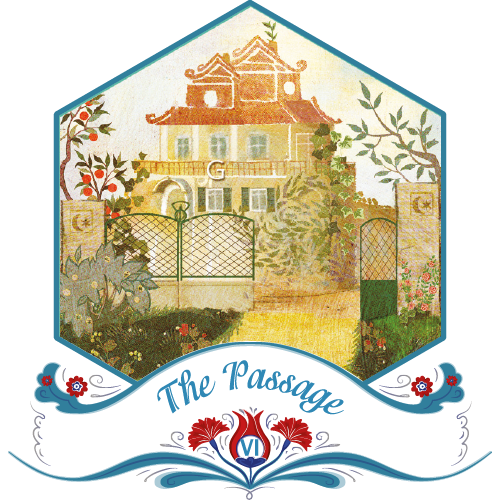 “Derwisch”, Hayriye had told her, “comes from the persian word for Gate or Door. It acts as a symbol for those who cross the threshold of earthly life to mystical afterlife.” “I might know of a wonder suitable for the Good Turk collection…” Georgina carefully said. “Really? I’m the one in charge of making the miniatures now and in my opinion only a lack of imagination and curiosity in the place we live can stop it from growing – so please, tell me!,” Haryiye replied with eagerness in her eyes. “Ok…” Georgina began, “it’s a passage between stars and moons that I always use to come back to myself after monster hunting… I first noticed its power on a windy autumn day,” she continued. “It’s as if there is an invisible spinning door between its pillars. On that first occasion leaves picked up from the ground and whirled me into a spiral. My arms lifted, one hand reaching towards the sky and my other hand pointing to the ground. I kept spinning for several minutes. Afterwards it was as if I could see and hear clearer, as if I could listen to myself being in the world.”

“It sounds as if the spirit of a dancing dervish was present,” Hayriye had said. “Very likely some of the ottoman soldiers kept their spiritual practice going despite their gruesome task to conquer Vienna. Good people are sometimes assigned to evil tasks and people that could be friends are divided by cultural borders.”

Georgina walked closer to the passage and right before leaving the Türkenschanzpark her arms lifted and her body whirled into a spiral. As if moved by a magic force, a whirlwind paved its way through the heavy traffic on the street, opened the gate and the door of the villa on the other side and shortly afterwards let the doors slam locked again. Georgina had whirled off the monsters, finally. “Freedom!,” she thought, sighed and fell into a deep, deep sleep. For two to fifty years, at least.