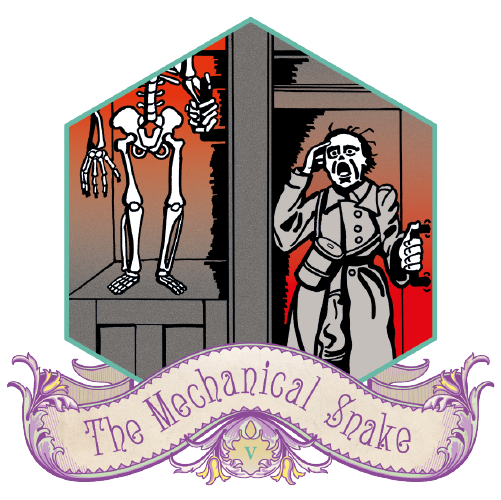 The card with the number 5 was something special. Scholars had classified this monster in their libraries as early as the year 1918. In the walls of the Viennese town hall, the Rathaus, something lay dormant. Something horrible. A worm, a snake, a basilisk? As long as seven floors, said the tale. The voice pulsing and mechanical. Can you hear the beast’s movement? As it winds and turns, trapped in the walls and feared by all humans. 100 years exactly this creature existed behind the stones of the walls around staircase 6. They told horrible tales of people, who were guzzled down by the monster, their bodies forever circling the inside of these walls. Once they reached the uppermost floor, they were turned on their head, just to fall, head first, down on the other side. Feeding times were on weekdays only, between 6:30am and 4pm. Every four minutes and six seconds, the snake made a full turn. From this, one could calculate that the beast had to be around 15 meters long. One knew also, that it was roughly twice as wide as one single human of normal stature, since the snake would frequently swallow two people at the same time, and they had absolutely no problem fitting inside it.

There were whispers though, that the snake was indeed not interested in human flesh after all. There were reports that people, who had been previously swallowed by the monster, were spit out again at a different part of the building, undigested. Indeed bureaucracy seemed to be this gruesome creature’s favourite dish. That’s why it was only accessible during the week. On the weekends it rested, a restless, dreamless slumber.

Due to this, in absence of a better word, vegetarian nature of the snake, the workers of the town hall had decided to use it as a working animal. Visitors could let themselves be swallowed voluntarily by the beast and be spit out at a place of their choice. This was extremely practical, especially for all those, who were struck by insurmountable fear whenever they looked at the sheer steepness and height of staircase 6. Consequently they had decided to introduce feeding times for the beast. These incidentally correlated with the general working and opening hours of most workers at Vienna’s town hall.