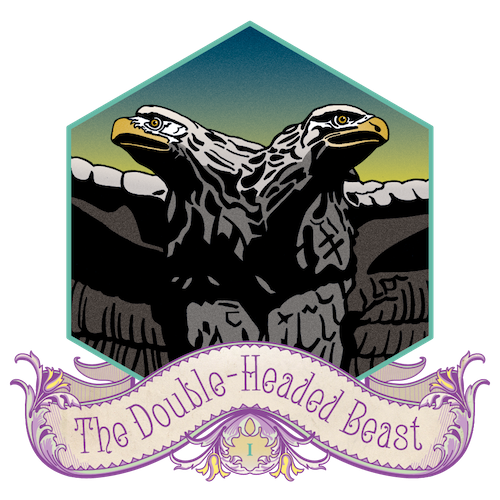 Wilhelm Hejda had cast It from bronze, as the anointed heraldic beast. 15 meters wingspan and 40 tons heavy. They had to build a special construction to hold It in place, so It could observe the Ringstraße. A bird of prey at war with the peoples of the monarchy, as the writer Reinhold Schneider had said. Born in the Vienna arsenal and placed at the Ring to stand guard.

But what did It protect now? The Ringstraße? A circle that surrounded the inner city and protected against the masses of people from the outer districts? It had witnessed the influx of people, as they had moved from a couple of horses a day, to literal avalanches of cars, flowing through the streets. A constant stream of movement. The veins of the city, pulsing, and alive. From its spot up high, It had the best view. A secure place, from which you could observe the constant flow of people. A place from which you could trickle down poison and watch, as it was pumped through the city’s veins and even reached its outermost edges. The Viennese turned grumpy. Engulfed by the violet-grey mist, that descended like a veil, onto their eyes. The double-headed beast fed the river of horror and it became stronger and stronger.

In 1912, when they had created It to watch over the ministry of war, the world had been a different place. It had owned a crown and with it, the appropriate pride. The building had been constructed as a massive radio transmitter, in order to connect all the royal regiments with each other via radio. A place of war, but also a place of connection. The monarchy and the eagle as its protector, they had a place in society. But that changed increasingly. The war had taken its toll. It had left wounds and those who had taken part in it, the generals, the military and the monarchy, weren’t welcome anymore. The eagle felt increasingly grumpy. But the Grant (as the Viennese called grumpiness) that It felt, actually made it stronger. It felt that its self worth was increasing again. Increasing through the poison. A dark beast, fed by the people’s grumpiness. A shadow, that blocked out the sun. Devastating and controlling. Four eyes, that surveyed the citizens of Vienna.

Until one day, someone looked back, from the stream of people underneath It. At first the beast didn’t even notice the tiny person. That’s how much something so insignificant was drowned out by the sheer accumulation of people in the streets. But after a while It caught sight of the little creature. A human. Far below It. Waving its hands. Without fear. Without grumpiness… And all of a sudden something happened. The beast felt something move inside. It was a similar feeling to the one It felt, when they took away its crown, but somehow the feeling was different. A heaviness was lifted from its heart. That was the same. Both its heads could see more clearly. That was a new feeling! The veil was lifted. Definitely new! The mist started to dissolve and the heavy feeling that had put a pressure on his chest for a century, was gone. What a great feeling! The double-headed eagle looked down at the Ringstraße and thought, “finally, finally I’m freed from this heavy grumpiness!“