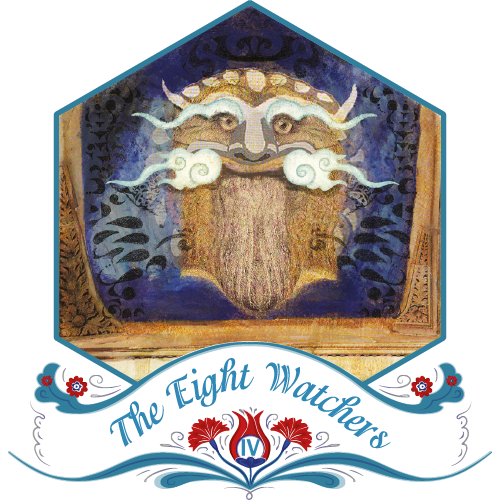 On the tram Georgina felt a strange ear pressure. To equalize the pressure she pinched her nose and swallowed deeply three times like a flight passenger. She took her pulse with the right hand. Indeed! Her blood pressure, which usually ranged around 80 to 60 mmHg – quite normal for a woman over 400 – was now at a crazy 110 to 60 mmHg. No, this was not just an effect of time travel – this was an unmistakable sign for monstrous grumpiness!

During the tow sieges in the 16th and 17th century, the Ottomans had tried to conquer Vienna. Suburbs had been razed to the ground, big parts of the city destroyed and many people died. ‘Türkengassen’ and ‘Türkenkugeln’; streets, monuments and bullets reminded of the difficult times. The word ‘Turk’ back then was associated with fear and hatred due to the gruesome power measurements between the two empires. But where was the monument crying for her dear Erdinç? “Erdinç! E.. r.. d.. inç.” The pronunciation of his name still ran like an elixir in her blood. Back then, Georginas love for the Ottoman Vizier, had caught her between the fronts. But Viennese monuments and street names seemed to allow only one memory: The memory of the Evil Turk. In this moment a driver pressed the horn and Georgina leaped, wow, those growling metal monsters were difficult to get used to!
She landed on the side-walk in front of the impressive building with the inscription Türken=Hof. She had often passed by on her way home without paying attention to the Star and the Moon

crowning the tower. Now she also noticed the eight figures for the first time. Hayriye had said that these “wards of evils” had been placed there for by-passers to feel respect. But who were they supposed to defy? What was protected and by whom? An unidentified substance erupted from their mouths. The Eight Watchers almost seemed helpless. As if they had conjured up a monstrous lie that they were now embarrassed about. The Good Turk collection included the Eight Watchers as a reminder, Hayriye had said, “to pay attention to the fact that things are not as black and white as some might thing and that history has many faces.”
Georgina smiled and addressed the Eight Watchers in light spirit. “Don’t be afraid, you Eight! Let’s simply be open minded and make sure that we don’t paint the devil on the wall!”
TIP: To play ‚angry’. Look into the eyes of a friend and try both to look as angry as you can. The one that first smiles has lost.