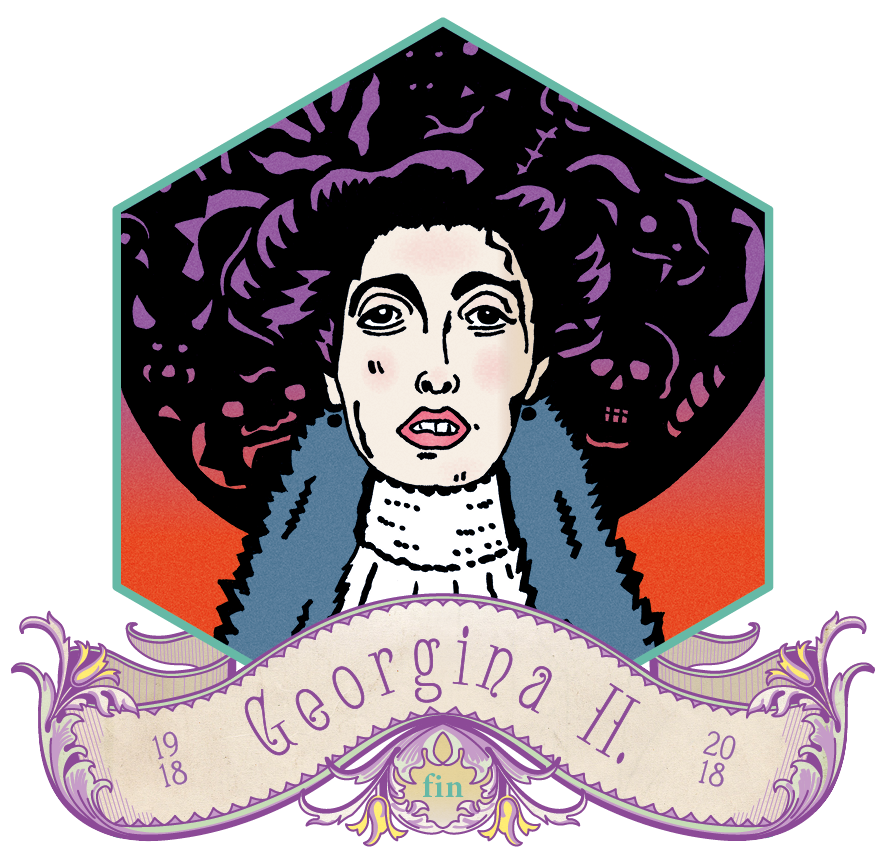 Georgina’s head hurt. How long had she been out for? Had someone found her letter and the cards? Only slowly did she put things together. Someone must have found her letter and explored the city, found the monsters and… released them from their Grant! “This is incredible!”, Georgina thought. Someone actually managed to do the job, she had been too weak to do! What was the date? Everything seemed so different. All the horses had gone, but there were these metal things. Huge, loud and smelly. Where they…no…could they be?… what was the word for them again?…God she must have been out for a while, she couldn’t remember anything!… Cares?…No…Cars?… That was is it! Cars! They were cars! Automobiles! Wow, the world had changed! She must have been out for a while. She looked around. What around her, would help her find out what year it was? She looked up and down the street, nothing. She checked the houses around her. Again, nothing! Mh but maybe…the tram stop! “Yes, there must be a timetable and it must have a date written on it!”, she thought. The lettering on the posters and signs had change quite a bit, since Georgina had checked a tram timetable. Where on earth had they written a date? She inspected them closely. Finally, after a couple of minutes, there it was! 2018. Two Thousand And Eighteen?!! Georgina almost lost balance. She couldn’t believe her eyes! She had been asleep for almost 100 years! This was incredible! She read further. So Wiener Linien was what they called themselves now? She had still known the public transport institution as Gemeinde Wien – Städtische Straßenbahnen (City of Vienna Tramway). This was crazy!

Georgina was delighted. Someone had managed to free the Viennese of their Grant and thus woken her up! She clearly remembered writing the letter, almost being overwhelmed by the Grant herself and then falling into a deep slumber. But now, she could go and free other cities of their monsters! New adventures were to be had and new monsters to be slain! In her mind, Georgina thanked the incredibly brave monster hunter, who had saved her. “It must have been a huge and fearsome warrior”, she thought, “otherwise I would still be lying here! Thank you, and well done!”. In her mind, she high-fived the brave monster hunter, collected her things, and made her way to new adventures.

Did you like it? Soon, more Wunderkammer Wien stories will be released!

If you want to hear more, leave us your e-mail below!